Simon “Ducky” Le Couilliard has been a strong affiliate with Perth City, and the former City of Perth, for several years. Starting as a swimmer, and now using his strength and conditioning knowledge to aid our athletes, Ducky has continually contributed to our club in some capacity. 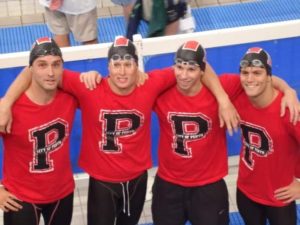 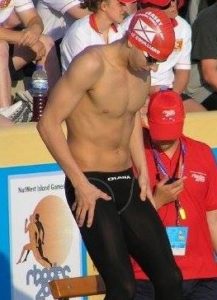 Along with all this success has come some serious injuries – the man has been a walking wreck to say the least. Ducky has had major shoulder trouble since the age of 13 (2001) when he had to swim backstroke for much of the season, yet still managed to win the 200m Backstroke, 200m and 400m IM at that year’s National Championships. At the age of 19 (2006), he suffered another major shoulder injury where he had to choose between surgery or ‘nothing but kick’ for 6-8 months. After choosing the latter (his description of this period was simply “very boring!”), Ducky managed to bring his 50m kick time down to 25 seconds! In 2009, he had a stress fracture in his lower back. Three months later, he was in a car crash, damaging his back furthermore. To put the icing on the cake, he was ‘fortunate’ enough to have had an emergency appendix removal later that year, followed by chronic fatigue. Notwithstanding this, after each setback he got back in the pool and continued to do his thing until his retirement from competitive swimming in 2014.

Formidable Strength and Conditioning is the name of the exercise physiology business Ducky co-owns with Perth City’s club captain Ryan Evernden. Growing up, Ducky had always known that he wanted to pursue a career in the health and fitness industry. He never considered himself the most confident person when he was younger, which caused many people to doubt his ability to coach or be an exercise physiologist. However, his achievements, combined with the success of his clients, has made his doubters eat their words! He currently works with clients ranging from people with special needs to elite athletes and Olympians across numerous sports. In the future, Ducky would love to branch out and have facilities around the globe. 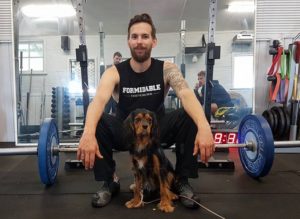 Ducky claims that because he is half of the ‘ultimate power couple’ (maybe ask him what this means), he does not have time for hobbies and passions. However, when he does get downtime, he enjoys watching Netflix or Manchester United continually disappoint every week with an expensive whiskey in his hand. He is also preparing for an amateur powerlifting competition at the end of the year and will keep us all updated on that venture (perhaps the next Eddie Hall).

Overall, Ducky is one of the most interesting people you will come across. If you ever see him around the pool, the one with the duck walk, make sure you say G’day!

Nickname: Ducky – as a 12-year-old, an older swimmer said that he walked like a duck. This name lasted for a week with Matt Magee (who coached in Jersey at the time) as the main orchestrator. 8 years later, he moved to Perth and the nickname came back and has stuck since.

Length of time at Perth City: 8 years under Matt Magee.

Future aspirations: To complete a PhD in Strength & Conditioning and to work overseas in strength & conditioning with young athletes.

Interesting fact: He claims to be the ‘master chef’ – “As much as Heidi says she does all the cooking at home, it is actually me.”