Annika is one of the newest member to the National Open Squad (NOS), training under Matt Magee. At 20, Annika has been swimming since a very young age. She entered the surf arena at the tender age of 8 and simply fell in love. Surf, an iconic Australian sport, ignited her passion for swimming and brought out her competitive nature. Annika has competed in 3 Aussie championships for surf and is currently a member as well as the swim captain at the Sorrento Swim Club. Annika made the decision to take her swimming to the next level and joined Perth City Swimming club. Initially, she swam under coach Millsy for just under 5 months following which she was moved up to NOS. Since then, Annika has done several open water swims. Not only has she completed 2 solo Rottnest crossings in 2016 and 2017 but has also completed the swim in a duo in 2015. At the start of this year, Annika travelled to her very first Australian open water swimming championship representing Perth City. She competed in the 5km time trial event where she finished a very impressive 18th, demonstrating her strong potential in open water swimming. Annika trains 6 times a week, also doing 2 gym sessions. Annika is training to compete in the 2018 Australian open water championships in both the 5km and 10km swim where she aspires to qualify for the Australian team, her ultimate dream. Furthermore, Annika is hoping to travel to Italy some time in the next 2 years in order to participate in the Capri Napoli 36km solo swim. Talk about a long way to swim! In order to prepare for this grueling event, Annika is competing the Port-to-Pub swim, an renowned swim taking place in Perth covering a 25km distance. We are all very excited to watch Annika’s progress towards achieving her dreams and goals. 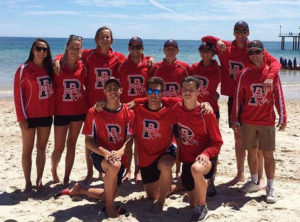 Annika chose to come to Perth City due to the exceptional open water program the club offers under the guidance of coach Matt Magee. She spoke of how the club and squad has not only helped her develop as an athlete but as a person, which is what we are all about 🙂 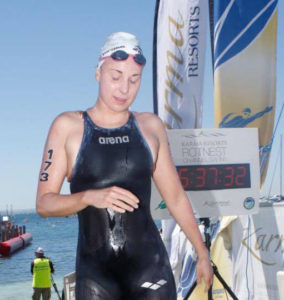 Outside of swimming, Annika is currently in her 3rd year of studies at ECU, completing a degree in Occupational Therapy. She is very keen to work in either Neurorehabilitaion or Pediatrics. Originally wanting to become a personal trainer, Annika decided to switch to a career in Occupational Therapy due to her immense passion for health and her huge interest in the functioning of the human body. Furthermore, Annika wants to help people achieve the things they truly love in life.

Annika is a very outdoorsy person who loves spending time with family and friends. She had the privilege of traveling throughout Europe last year for 8 weeks visiting London, Spain, Greece and Italy giving her a broader perception of the beautiful world she lives in.