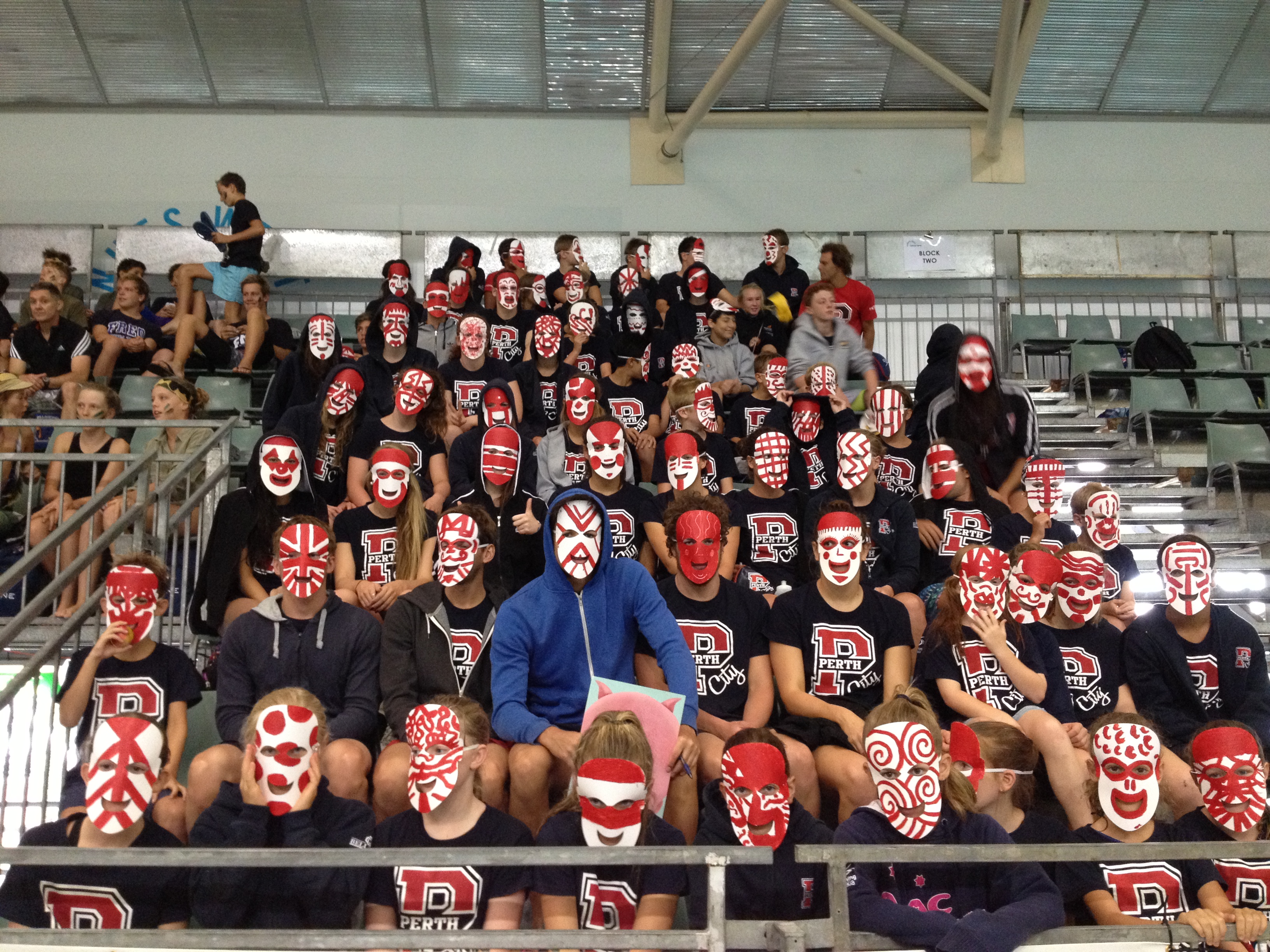 It was clearly evident that Perth City was going to be a force to reckon with over the next several years. With a team full of

P shirts and a stand full of the new perth City supporter shirts the stage was set for some FAST swimming.

Rumour had spread throguht he stands that there would be special appearances of all team members at some stage of the meet. This was true the likes of Club Captain Jason Evans was listed in events and Olympian and Club Captain Heidi Gan was to cut her standard race 200 lap race to 1 lap. Also it appeared Simon ‘Hoots’ Huitenga and Jeremy ‘Jezza’ Brooke-Smith were to tackle a relay swim.

With a full team in attendance and all races covered this was a great start to be able to challenge every event.

There was also a strong swimming support crew who cheered to the Perth City chants through out the morning. Thank you to all of the swimmers that didn’t have the opportunity to take to the water but supported every team member and also to those swimmers that covered events on te morning of the meet. Special mention to Paras for stepping up and taking one for the team. We are so proud of you.

Perth City held third position the entire morning and with the aim to build the team pride and sportsmanship this was clearly achieved.

Unfortunately we did not get to see all of the club heroes. Jezza felt the pressure of pool racing overwhelming and coach Magee suggested he take some time out so Jezza decided to go South.

“It is only now that I really appreciate the stress of putting all of your goods in one 50m. I need  a good 19km’s to work out my race plan and then put it in to practice. Really it was the dive that stressed me out – to try and learn a dive in a week was not easy.”

We also missed out on the Hoots sprint. After chatting with Coach Magee, Hoots revealed that the need to leave for surf was a cover up.

“I was just so anxious to race in a team. I chatted with Matt and it came down to the fact that I couldn’t committ 100% that I wasn’t going to belly flop again with my dive. So as we always do we decided together that it would be the best for the team that someone else stepped up. This is what Perth City is all about – the ability to have great support and reserves.”

Well done to all swimmers and parents for your efforts in making the inaugural Club Premiership for Perth City such a success.